In praise of rivers #1 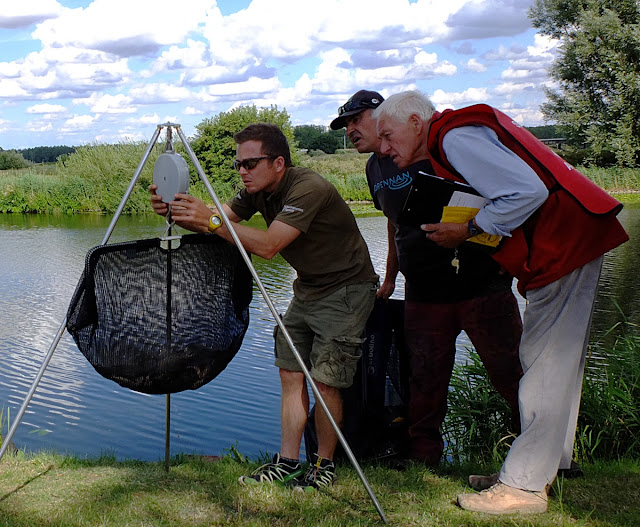 I watched a big match for the first time in donkey's years today when I went along to report on the Division 2 National on the Ouse.

Apart from four guys who shared a bream shoal up near Littleport for individual honours, the river was hard going for most of the 300 or so who took part.

Instead of the who caught what, chopped worm alternating between the 15m line and groundbait feeder, over the moon, sick as a parrot kind of stuff, I thought I'd see what people made of the river.

"I tell you what," says one of the first anglers I get into conversation with. "I can see why so many people fish the commercials 'round here."

Some seemed to have thrown the towel in by the half way point when I turned up. Others remained focussed on the fishing.

The river's ticking through with a slight flow but it's clear. The verdict is this has switched the bigger bream off, meaning a scramble for bits and skimmers for section points.

A few pegs down, I find a couple of guys fishing like their lives depend on it. One confides the team plan was get 1lbs a member in the net before fishing for themselves.

Their eyes don't stray off the tip or float, as they alternate between feeder rod and pole. Ten minutes down the edge, 10 down the middle, three chucks over the far side, pouch full of feed down the inside, back on the pole. 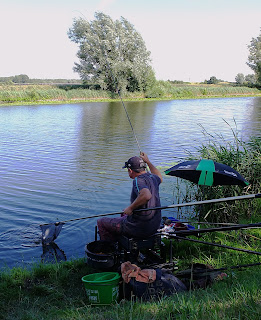 Every missed bite is an agony, yet it's fascinating to watch. Dave from Stroud (left) ends up with me and a few guys from Lynn AA sitting behind him, willing him to catch as the whistle looms.

We know he's got five or six pounds of hard-won skimmers and bits in his net. One good fish would seal the section.

Dave's travelled hundreds of miles, he's fished his guts out for his mates and puts 3.880kg on the scales when Kye and Webby set up their tripod.

Downstream there are anglers with just grammes in their nets. One says his handful of roach were well worth the trip, because they were immaculate, wild fish, which he had to work all match to catch.