Caught on the hop 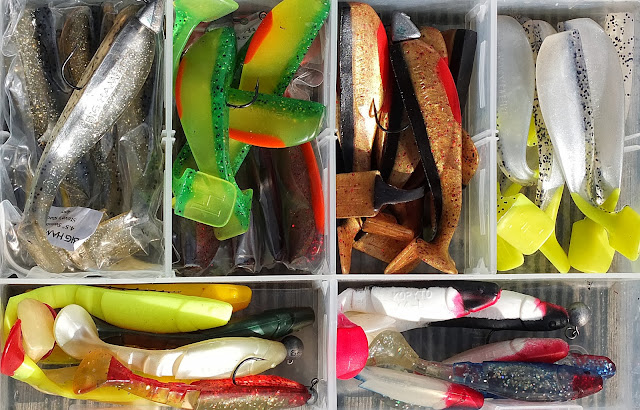 I seem to be catching more than I was last time around. Plenty of small fish seem well up for sinking their teeth into one of the above selection of rubber things, or something out of the other box of rubber things I've been lugging around with me on my first half a dozen or so trips.

Despite the lack of anything half-decent, I've learned a bit about fishing the shad-type lures so many people now seem to use almost to the exclusion of anything else in the Fens. The first thing's how versatile lures I always thought were just chuck and retrieve baits can be.

When a straight cast/retrieve, cast/retrieve style of fishing them doesn't work, I've had one or two fish hopping them back along the bottom, which I'm guessing will be an even more useful technique once the weed's died back. Onwards and upwards.
posted at 16:49