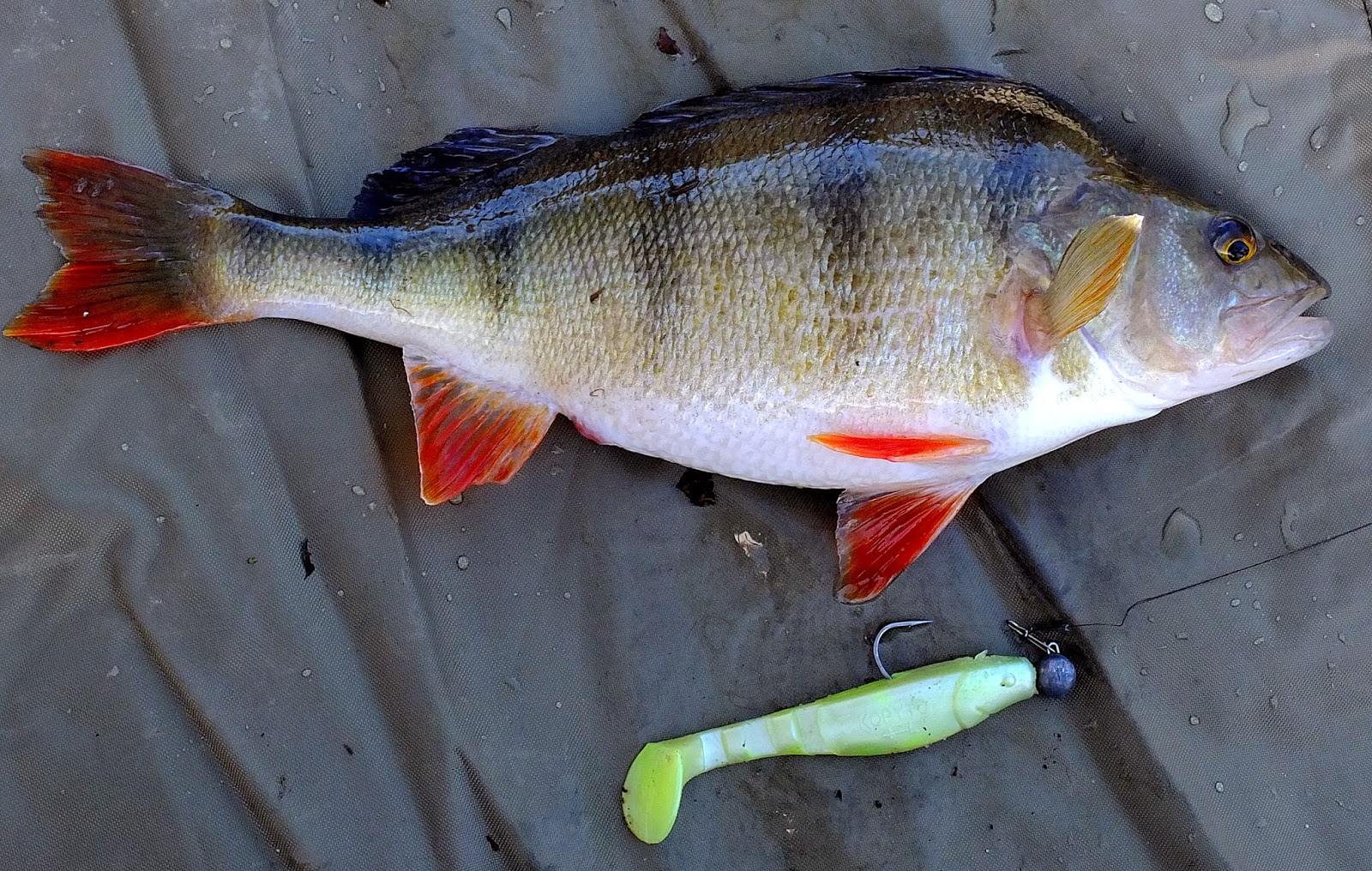 After catching a couple of jacks and losing what felt like a bit bigger one, I paused to take a lung-full of spring. Winter's well and truly on the retreat, as buzzards wheel over the woods behind the pit and a woodpecker rattles out a drum solo on a birch tree.

Maybe this'll be the last time I go pike fishing for a few months, I tell myself now the sun's well and truly up in a cloud-less sky that rings with bird song. The gorse bushes are alight with the first yellow sparks of flower as I crash through the undergrowth back to the car.

I pitch up on another pit and lose a pike first cast in a shady corner, that comes off as I bend into it. It didn't feel that big, I  console myself. A few chucks later, I feel a succession of stacatto raps on the rod before it kicks round into a fish.

And what a fish it turns out to be. As in not a pike, but a peach of a perch that bristles and flares its gills as I slip the net under it. How big..? Don't ask me, I didn't weigh it. I grab a quick picture on the mat, alongside the four-inch Kopyto it engulfed, before I drop it back.
posted at 18:39