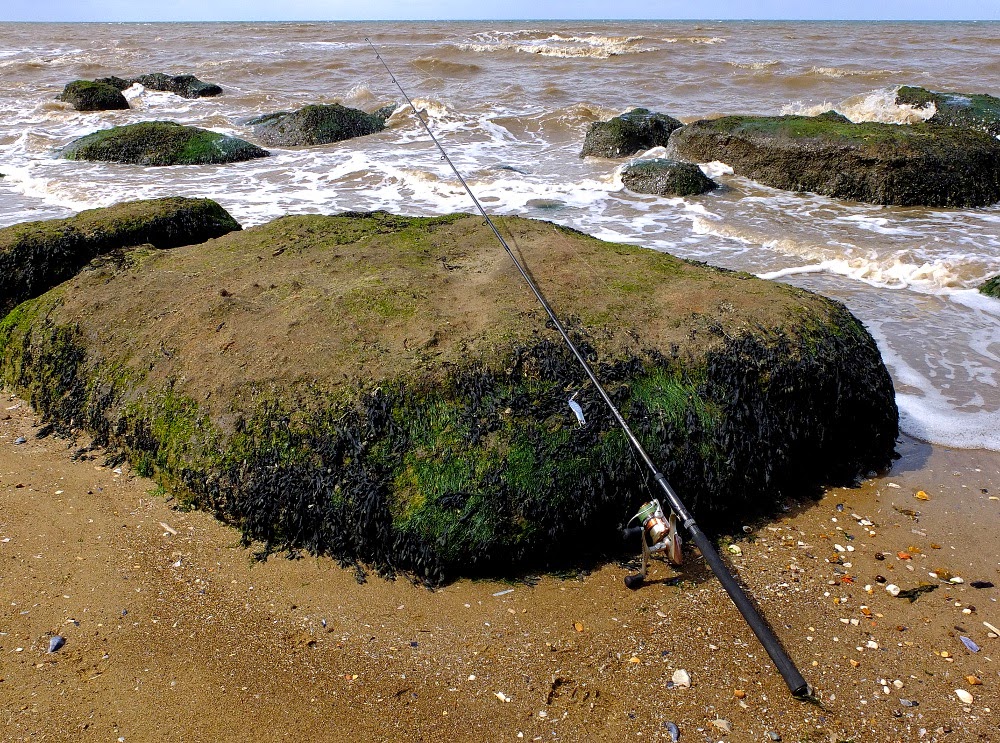 There's a westerly blowing up the bay and the sea's a seething cauldron around the rocky headland. Half an hour's enough to convince me this is a waste of time. The gale blows the braid into a huge bow by the time the lure lands and I can't really feel what it's doing in the surf. Every third or fourth cast, the wedge dings a rock and comes back festooned in wrack.

Regulars reckon the harder tides throw up the occasional big bass, but if there were any out in the tea-coloured waves, they weren't playing ball. If you fish the same beach regularly, you soon learn the sea has so many moods it's different nearly every time you go.

It's colour changes too. Today the water looked dirty, suspended silt the waves scoured off the banks lending a grey-brown tinge to the waves.

The summer's still young and there are some better-looking tides on the way.
posted at 17:28