A story of our times in the Fens 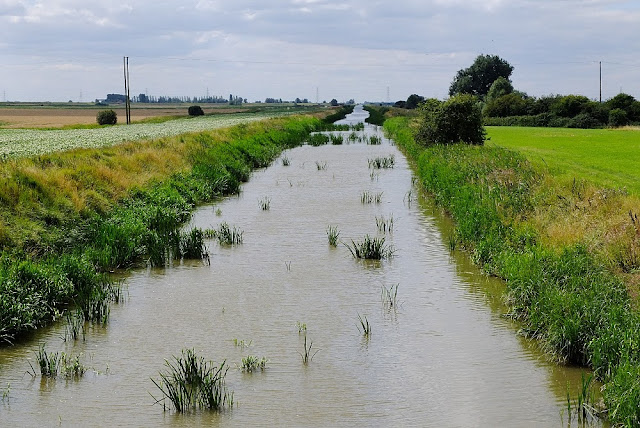 They dredged the Old Bedford at Salter's Lode last winter - so how come it looks like this a few short months later..?

Flag rush is growing across the centre of the channel. And water levels are down at least two feet from where they should be judging by the marginal mud and exposed sill. 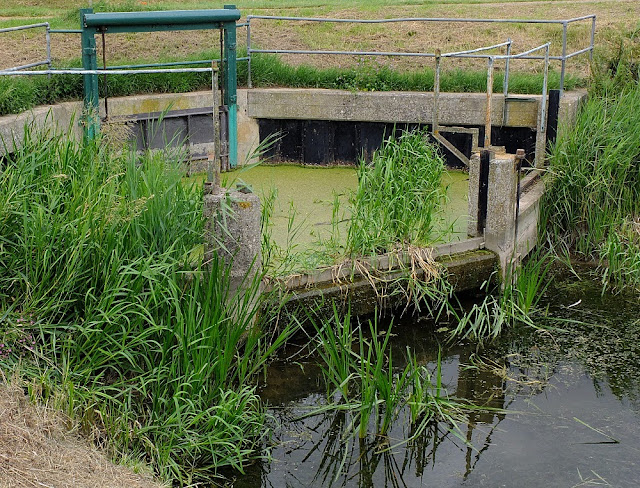 When I last looked at it a few days back, they were letting muddy water in from the tidal Ouse, presumably to top up levels to make up for water lost to abstraction. 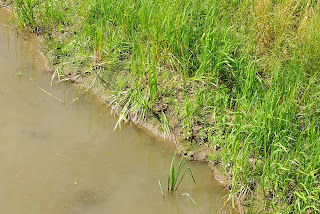 This is  surely how the lower end of the drain silts up. I've no idea how much money the Environment Agency spent on dredging it last winter, but I'm guessing it didn't come cheap.

Yet at around the same time, the water levels were so high on the Welney Washes that the EA were deploying emergency flood barriers to protect the village.

Could we not apply some joined-up thinking here, somewhere along the line - and find a way of diverting some of that winter flood into storage, to tide farmers over through drier months..?

The Old Bedford's in mortal danger unless a solution can be found. It throws the odd big fish up, but the pyramid of pike of all sizes looks to be long gone in its lower reaches - along with a lot of the other fish this culturally-important fishery once held, bread and butter species like tench and perch. 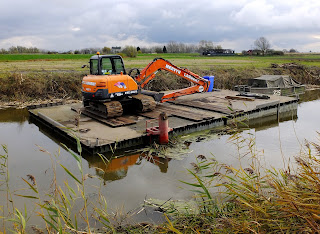 Culturally important..? Because it once inspired a generation of pike anglers who were fired up by the writings of the now-departed Rickards and Webb.  If they saw it today, they'd probably be turning in their graves.

Are our waterways really just there for convenience and the odd PR exercise on the part of the powers that be - or are they the lifeblood of our landscape, vital arteries worth preserving..?

When dredging began last winter (right..),  to undo the previous summer's damage, I thought the powers that be had seen the light.

The Old Bedford lives on - just. It would probably be cheaper in the long run to just save it for posterity, along with several similar smaller drains, by finding ways to capture winter run-off for use in the growing season.

Answers on a postcard...