Matt nails one in a big old blow 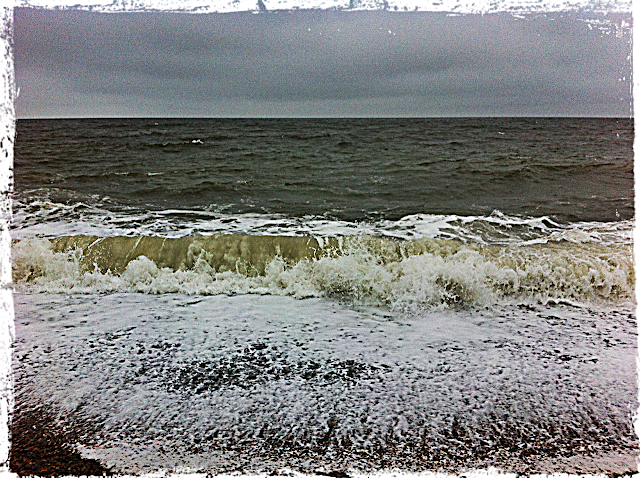 The northerly wind's got up and the surf's building, sending big, grey breakers crashing up the shingle. Spray flys in a salty mist. I'm struggling to get the lures out or control them.

Matt's got two bait rods out, lug and peeler offered on two clipped-down rigs that seem to fly half way to Norway compared to how far I can heave a Dexter into the blow.

Around high water, his rod top bounces and he reels in a dab. This is the first fish I've seen anyone catch in the sea this summer. Not exactly summery, my hands are so cold I can barely feel the braid to feather it. 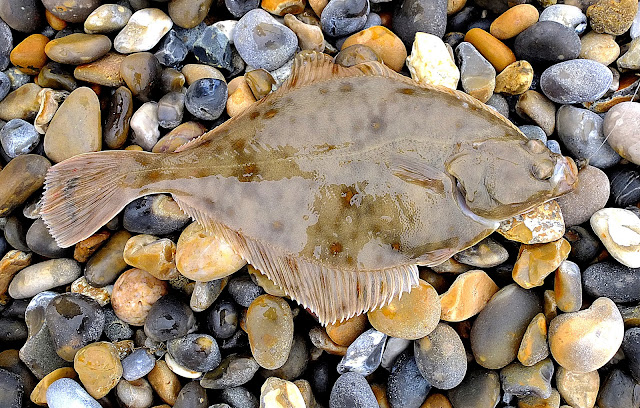 I know there are meant to be bass coming out along this part of the coast, but I can't see it happening today. There must be 30 other people fishing up and down the strip and most are sitting snug inside those beach buddy things.

I'm the only idiot lure fishing. By 10 to two, I've had enough. The lures are getting bashed to bits in the shingle. I make my excuses and trudge back to the car.

When I pull into the supermarket half an hour later, I notice I've had a text. Just had one, 44cms, says the text from Matt. I look at the time he texted me - five past two, as in barely 10 minutes after I left.

Guess where I'll be fishing tomorrow, I text back. And well done.
posted at 15:45