The grass is always greener 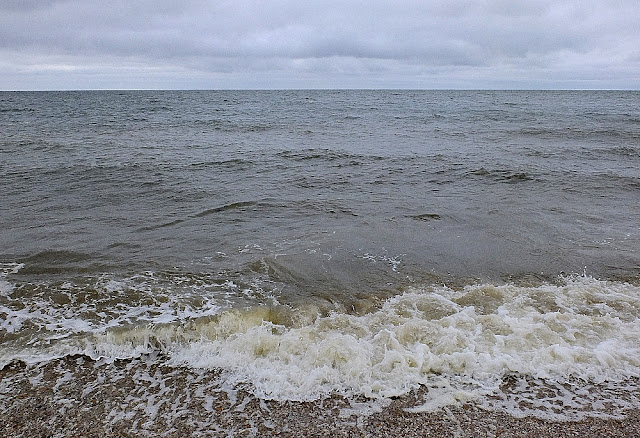 This morning's tide brought a grey lumpy sea, that couldn't be bothered to make more than a half-heated swell. The lures were going out well, I was fishing them how I wanted, where I wanted. But half an hour either side of the top and I'd had enough.

Tonight's tide brought a grey lumpy sea that sloshed half-heartedly around the rocks, like it didn't really mean it, before it retreated back into the cloudy gloom. The lures were going out well, I was fishing them how I wanted, but by now it had sunk in that whatever I did with them, there were probably no bass about.

I can just about fish both tides on either side of a day's work for the next few days, but the sea needs a break from the constant easterlies. When the wind finally turns, as it's forecast Monday into Tuesday, it might just come to life at last.

People who know far more about this kind of thing than I do reckon we should be on for some fish when it does. If the weather breaks and stays warmer for another week or so, there are big spring tides around the corner, so the bass fishing might properly kick off.

One guy sitting behind a pair of battered beachcasters even pulled a dog-eared set of tide times out of his pocket, to prove the point, with the big 7m tides ringed in biro. That's when you want to be here, bud, he said.

Most of the people I've chatted to on the beach over the last couple of days have probably never picked up a pike rod. Yet they're just like some of my pike fishing mates, who dine out on their predictions of why things can only get better as we shoot the breeze on the bank.

Should be good on the drains Wednesday, there's a front coming. Can you get Thursday off - have you seen what the pressure's doing..? They'll be well up for it on the pits.

There's always jam tomorrow, it can't be this bad much longer. Fishing would be pretty dull if the grass wasn't always greener.
posted at 21:01