I've tried three lures for the first time this autumn and caught on all three, which is an encouraging start. They're different variations on the time-honoured plastic shad, which I'm currently using most of the time. 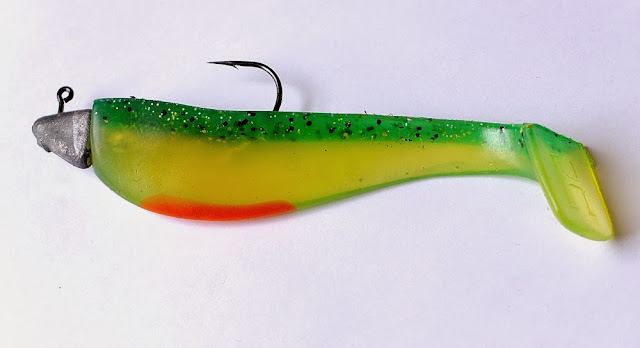 I really like these lures now I'm starting to get the hang of them. The big, square tail really kicks on the retrieve and pike seem quite partial to the 4.5ins version.

It took me a few trips to get my head round how to use them. I know, it's a swim bait - you chuck it out, and reel it in. The crucial thing with these is use the right jig-head, as in one of the wedge-shaped shad ones AGM sell.

They seem to work best with around 15g of weight . On anything lighter, or a ball head, the tail's frantic action makes the lure roll from side to side, rather than swim naturally.

Mounting the head flush to the back of the lure also seems to help get them to swim right. You also get the odd one which seems to have an even better action than the others in the same packet. They're hand-poured, so I guess there's probably some slight variation from lure to lure.

AGM sell them in around a dozen different colours at £3.99 for four. Creeping Death and Atomic Punk - as opposed to red, orange and black - both produced on their first outings, as did the silver, sparkly one with the yellow tail, whatever that one's called.

They have one flaw, as I soon discovered when I started catching a few on them. They're made of incredibly soft plastic, so you sometimes only get a couple of fish on one. Worse still, a missed hit sometimes results in a tail-less lure. 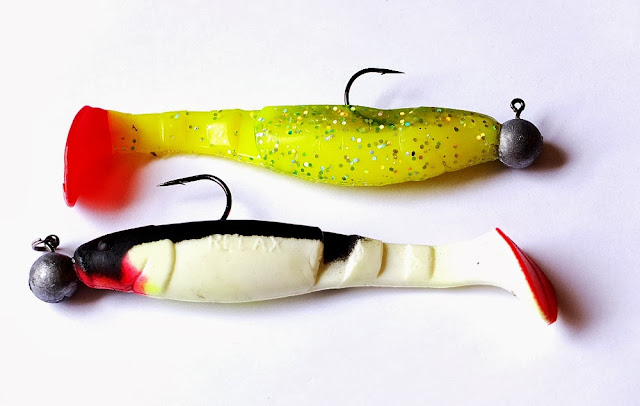 I like these too, especially the 4.5L version. It's a slim-profiled shad which has a lovely wiggly kick on a 10 or 12g jig-head.

The 5ins version has a deeper-bellied profile. Stick a 15g head on its nose and it gets a nice wiggle on, even on a slow-ish retrieve.

They come in more patterns than you can shake a stick at, don't ask me why but the pearl or yellow ones seem to be banker colours.

Like the Big Hammers, their main drawback is you'll be lucky to get more than a few fish out of one, while the odd thump on the end you fail to connect with will sometimes mean another tail-less lure on its way to the bin.

These are around £1 each from Lure World. 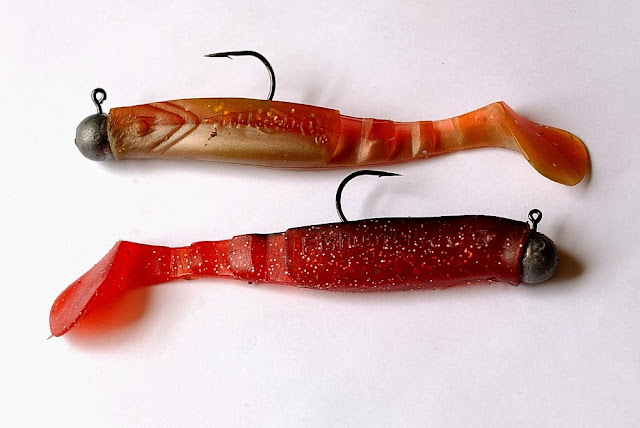 These are a bit of an acquired taste - imagine a shad made from jelly, as in the mainstay of a decent fruit trifle, and you're not far wrong when it comes to this lure's durability.

But while the first fish that hits one of these usually shreds it, Fishunters are cheap and cheerful - I got them at £2.99 for a packet of five from Lure World and have one or two other things going for them.

The makers claim the head of the lure "sucks in" jig-heads. A 10 or 12g head sits nicely in the moulded recess. Beware if you use a drop or two or super glue to mount your shads, as some types don't agree with the plastic these are made from.