Pumps run full belt as the Fens fills up with water 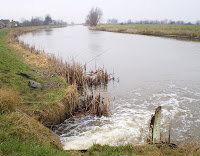 The pumps are running full belt out in the bayou as they work to keep the land from flooding. Ditches and dikes, lodes and leams, land drains and main drains are all full and coloured, pulling off hard as water surges for the sea.

I've seen this many times over the years, but never this early, I muse aloud, as I stand on Saddlebow Bridge with a colleague and survey the Relief Channel which is five feet higher than it was a few days back, with white caps whipped up by a gathering gale.

Nearby, the new pumps on the Middle Level at St Germans have kicked in as rain falling 50 miles inland swells the system. Gravel Bank and Smeeth Lode are brim-full and running off hard. 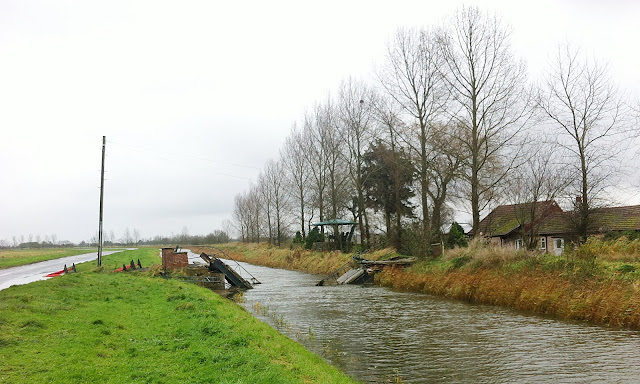 A bridge has fallen into the land drain near Marshland Smeeth, presumably cutting off a few homes from civilisation in the process.

As we sit down for a work meeting over sandwiches and cake, I look out of the window and know where I wish I was today. I console myself with the thought I'll be out there as the waters recede, if for once I've timed a run of days off right.

Judging by the forecasts, there might only be a brief respite before winter descends in earnest on the Fens. Pike fishing could well turn into a race against time, before the big freeze comes. 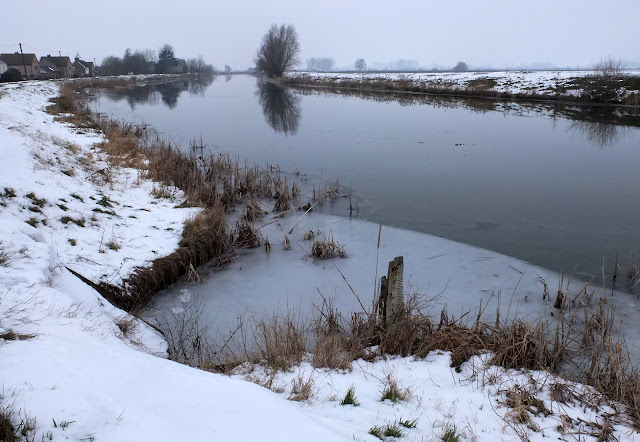 The picture of the pumps running at Ten Mile and the river frozen are both from a couple of winters back. But this is the scene that might well greet those who venture out in a week or two's time.
posted at 19:26