Snow on the way for Norfolk..? 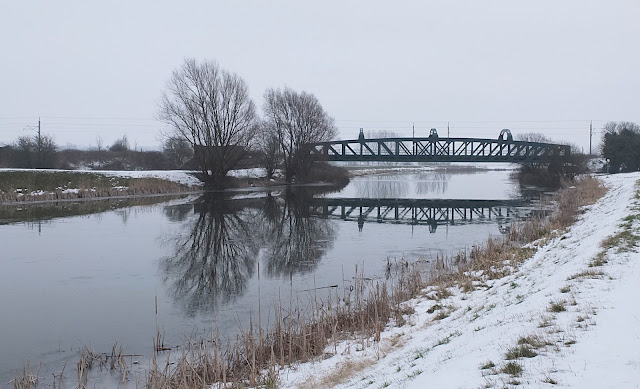 This might well be the scene that greets us tomorrow, with forecasters saying there's a chance Norfolk will awake to a sprinkling of snow. If not, we might well be in for a touch of the white stuff on Sunday, with a band of rain coming from the west hitting cold air over the badlands.

If I'm starting to sound a bit like a weather forecaster, it's because I've been reading through all kinds of websites, charts, satellite pictures and blogs all night. With several days' off ahead, I'm wondering what I'm letting myself in for on the weather front.

We seem to have escaped the worst of the deluge, looking at how the other side of the country's still counting the costs of the floods, with many pikers elsewhere facing a weekend off the water.

Some of the forecasts look quite dire for the next few days, but let's face it - it's winter. And however slow the start of the season's been, you can't catch them sitting at home in front of the fire.

Tomorrow's going to be a drive round and have a look-see at a few places, to see if I can second-guess how they're going to shape up over the week. I know where common sense tells me to fish, but I won't be alone in fancying this particular water so I'll wait until the week, when there's a bit more room on the bank.

+++Postscript - they got a bit of snow in Swaffham and a few flakes in Norwich.
posted at 21:10