Water, water, everywhere in the Fens 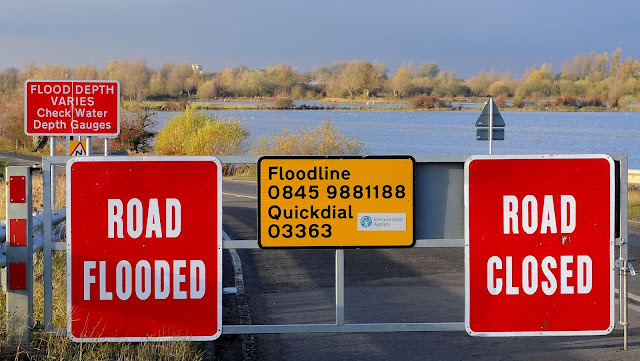 When I looked over the bridge by the big sluice at Denver, I'd never seen as much water flooding through.

The Impoundment Sluice (no idea why it's called that...) was also open, meaning water was pouring in from the Cut-Off, as well as the Ouse. I'll normally have a few casts regardless, but words like hopeless don't quite sum up the magnitude of how daft you'd have to be to expect to catch anything in that.

This is why we've been digging drains, diverting rivers and building banks and sluices for hundreds of years in the Fens. It might not do the fishing any favours when the system goes into flush mode, but it prevents the incredible scenes of flooding and devastation wrought by the downpours elsewhere.

Just about the only things that flood - apart from the odd corner of a spud field - are the washes at Welney and elsewhere, which were designed to flood by Vermuyden, the architect of much of the system. 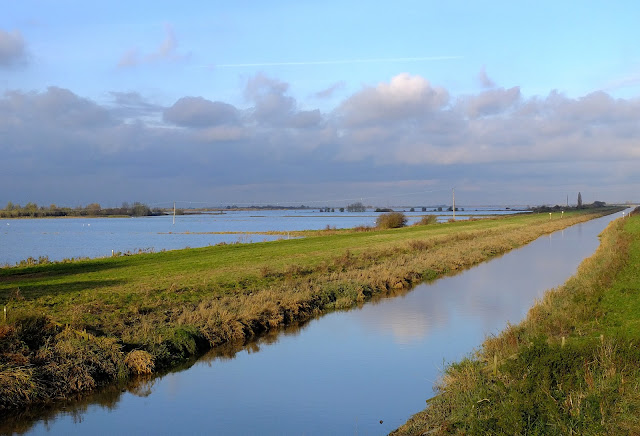 There one or two things the great drainers didn't factor into their calculations. The first was how much the peat would shrink, leaving rivers twenty feet above it and vast tracts of the Black Fen the same distance or more below sea level.

The other was siltation, how the incoming tide would bring in more than the river could scour on the ebb; meaning parts of the Ouse are now badly silted. This hampers efforts to clear water off the Welney Washes, with all the problems that brings for the wildlife.

A little further downstream, it means they can't let water out into the tidal via the "eyes" of Denver Sluice, which in turn means water has to be discharged via the Relief Channel.

I check out several miles of river, which are practically deserted. I look in on a drain that's got a lock which keeps water from the rest of the system out - it's still within the banks but frozen over. 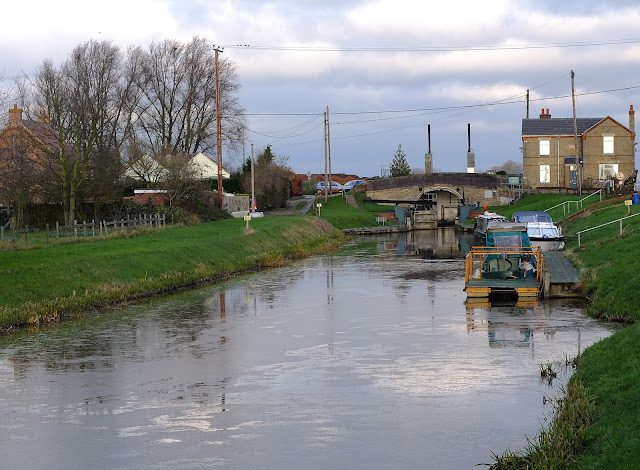 There are footprints everywhere up and down the bank by the one clear spot near a bridge - I wonder how many people have tried there already.

The idea of today was find somewhere fishable for the next couple of days. The jury's still out on that score.