Fens struggle to cope as the waters keep on rising 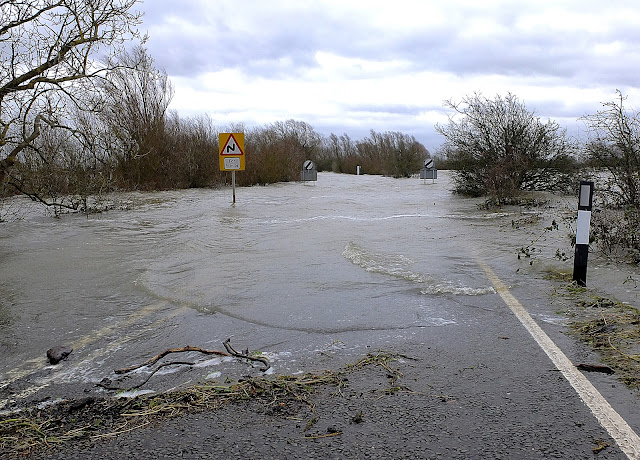 It'll come as no surprise to anyone that 2012 was second-wettest year on record. But rather than some freak statistic, the incredible amounts of rainfall we've seen over the last 12 months look like part of a more alarming trend, when you bear in mind that four out of the five wettest years since records began in 1910 have happened since 2000.

The last thing I wrote in 2012 was the emergency barrier the EA were installing on the barrier bank at Welney. The Delph wasn't just higher than I'd ever seen it, the water was two feet below the bridge span and the road across the washes had six feet of water on it.

Villagers feared for their homes, with more rain on the way. To put it into context, if you know the village and the pair of drains to the south of it, the levels on the washes and what used to be the Delph were getting on for 10ft above the level in the Old Bedford by the Village Hall, with just the barrier bank keeping the rising flood in check. 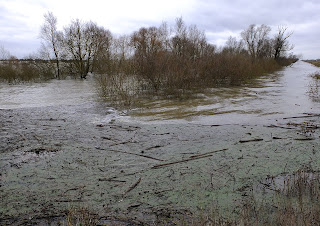 The waters were nearing the muddy track where you clatter through the gateway to get to Bridge Pool. The Delph, which usually runs between the two lines of trees, had spilled over as the washes rose.

You might well marvel at how Cornelius Vermuyden's flood defence scheme has weathered the centuries and kept the waters at bay. But looking at the trend towards increasingly heavy rainfall over the last decade, you can't help but wonder how much longer it can survive the onslaught.

For while we have new pumps at Welmore and St Germans, the tidal Ouse remains key to moving water out of the system. And with the main river being run off via the Relief Channel to keep levels in the tidal channel down to get water off the Welney Washes, the system is now running at full belt, with little in the way of spare capacity.

Our drains and rivers are struggling to do the job they were shaped for. With big tides due later this month, you wonder how they're going to cope.