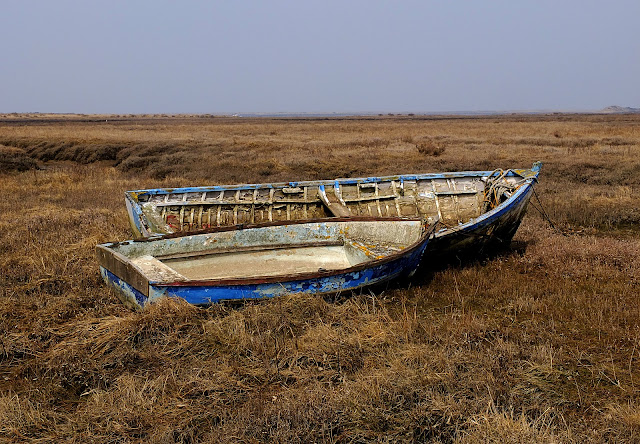 Yew jus' foller the coast path round. An' then yer gew round a bit more. An if yer keep gewin', yew git ter the beach evenshually.

In fairness, you can actually see the sea, in the distance, in the picture, if you look carefully. Getting to it would probably have Bear Grylls chomping on his woggle in frustration.

Looking at various online maps brings home how far you're going to have to walk to fish what look to be some of the most promising-looking bits of coastline. Miles in old money, in other words. 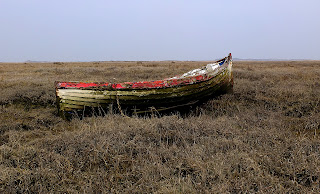 Unlike one or two far-flung pike fishing spots, you can't really do the yomp and then fish your way back to civilisation. This will therefore require some planning, along the lines of check out how long the walk takes, to allow time before the tide floods.

The gear might be pretty basic, but the logistics are a little more complicated. Parts of the coast carry the added risk of getting cut off by the tide until the ebb comes.

So catching anything is going to be as much a battle of wits with the tides as a struggle against my woeful knowledge of the ways of the bass along some of these far-flung shores. At least the weather's going to turn warmer over the weekend - or so they reckon. Time for more exploring.
posted at 19:17