Technology - and how times change 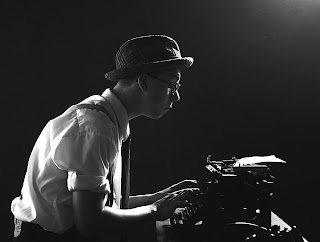 When I started out as a reporter more than 20 years ago, the newsrooms sang with the clatter of typewriters. Within little more than a decade, they'd been replaced by computers and the internet was changing the world so fast it was almost mind blowing.

I sometimes hanker for the good old days when you lived off your wits, your expenses claims and the largesse of the licensed trade. Fishing was different back then too. Like the nicotine-stained newsrooms of my younger days, the internet had yet to make its mark on the river bank. Ditto mobile phones.

I can still remember when my first-ever mobile went off while I was tench fishing with my Old Man and his mates - '94, '95 maybe.

A year or two later, a slightly smaller phone than the old brick went off as I was unhooking a jack, which a much bigger fish had swirled at as it neared the net on the weirpool I was fishing.

I can't talk now, I remember saying, as one of the Sunday desks in London rang to query some shock horror I'd filed. I'm out fishing. I'm sure it's all in the story if you read down through the quotes. But, but, no, hold on, hold on, we're going big on it, we just need to know if, did he really say that he ......

I hung up, lit a Benny Hedgehog and stuck a half pound chub on, like you did in those days. But the phone went off again and again, the old der-der derrr derrr, der-der derrr derrr Nokia tune as the float buried and I pulled into a brute as it hit the bait and dived under the weir sill like a U-boat.

I fished the future of communication out of my pocket, still ringing, and threw it in the river, as I pumped the pike to the surface and slid the net under it. Der-der derrr derrr, der-der derrr derrr *plop*. It's probably still down there somewhere, in the depths of that weirpool.
posted at 21:45