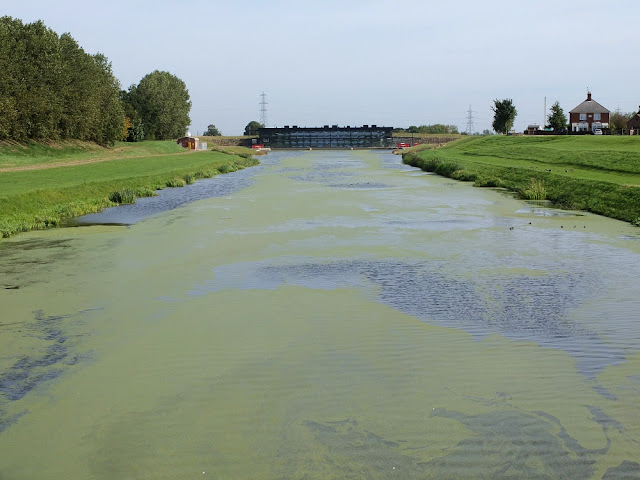 Much of the system seems to have escaped the ravages of the dreaded azolla this year. This is down to all the rain we've had and the fact they've been pumping water off. The Middle Level's got an infestation at the moment, but it's not solid bank to bank and the wind's shifting it along and knocking holes in it. 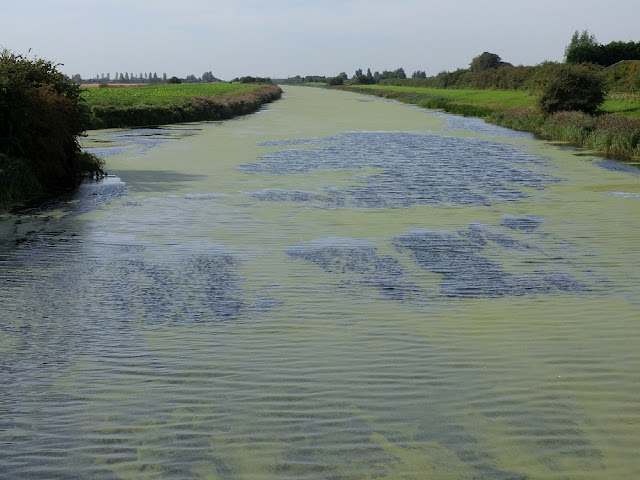 Next time they fire them new pumps up, I reckon it'll be gone. Just think, if we'd had the drought they were forecasting at the start of summer, half the system would have been covered in it.

The new pumps at St Germans - in the background in the top picture - are going to change the Middle Level system quite a bit in seasons to come. For they've taken out the sluice at Mullicourt Aqueduct, where Well Creek crosses the drain, which used to effectively divide it in two to maintain levels for navigation further inland.

People talk about the upper and lower Middle Level, but it's now one continuous waterway. When the new pumps start running, the likes of the Sixteen Foot, Popham's Eau, Forty Foot and Old Nene are all going to start moving. Interesting times ahead for pike anglers, in other words.