Is braid the best line for pike fishing..? 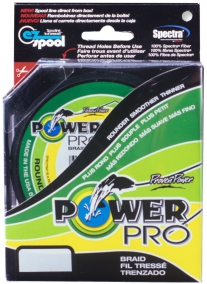 A couple of seasons back, I had a brief return to using mono on a water where I needed to fish with the lines sunk to avoid the frequent boat traffic. The 20lbs nylon I spooled up with worked a treat, meaning I didn't have to reel in every five minutes. Everything was peachy, in fact - until the alarm went and I pulled into a fish.

After years of using braid, I'd forgotten how stretchy nylon is. Landing a mid-double seemed to take an age as it bounced around just out of reach of the net. I'd convinced myself this was because I wasn't used to using mono by the time I'd unhooked and returned it.

A fish or two later, plus a couple that inexplicably came off almost as soon as I'd pulled into them, I realised I was wrong. Nylon was still as crap as it was the last time I used it.

Back in the days when I used 15lbs Daiwa Sensor as my main line, I seemed to spend half the winter buying the stuff. After a few trips, it always seemed to get twisted and ribbony, where the stretch had been knocked out of it.

I used to cut back the last few yards every couple of trips, but still suffered the odd breakage. I'd had pretty much the same experience with premium brands of nylon, that cost twice as much.

When braid came along 10 or 12 years ago, it was a learning curve. The first brands which came on the UK market had their limitations. Some were prone to tangles. Others quickly went "furry", which cut down on casting distance.

You had to put mono backing on the reel, to prevent braid slipping on the spool. You also had to spool it on tighter, through a wet cloth, to cut down on those infuriating tangles caused by any slack, and make sure it was tight when you closed the bale arm - again to make sure a turn or two of slacker line didn't find its way onto the reel, causing another tangle in the making.

But when you got used to it, it was amazing to fish with. Since then I've tried two or three different types before settling on 50 or 65lbs PowerPro for most of my fishing. The price has come down since then, to around £35 for 300yds. If this sounds pricey, bear in mind the stuff lasts for several seasons, in fact I've had it on some reels for five.

You can carry the rods tackled up, with a clip to attach the trace, with the same knot lasting several sessions as long as you use the right knot - learn to tie a grinner, taking the line twice through the eye of the clip or snap swivel.

From time to time, you read that braid isn't as abrasion-resistant as mono. I don't know where this idea comes from, as if anything it seems far more robust than nylon. Apart from its lack of stretch, the other great advantage of braid is you can straighten the hooks on most snags with a straight pull.

You also snag up less using it, because it floats; meaning it doesn't lie along the bottom when you're legering. When a fish unclips you, the slack line rises up in the water slightly, meaning less risk of catching any debris on the bottom.

Floating line is also a boon for most kinds of float fishing - from float legering a dead to free-roaming, trotting or even drifting an un-dead.
posted at 16:42