Rail plan's threat to a green oasis by the Ely Ouse 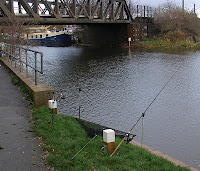 They call this the railway bridge swim, for obvious reasons. Apart from the trains which rumble almost constantly over the bridge, where the lines cross the Ouse a few yards from Ely station, there's also the continual blaring of the sirens from the level crossing, which does your chump in.

There'll be even more trains in a few years' time. Ely North Junction, the other side of Roswell Pits, is being upgraded as part of the government's plans to invest £9bn on long-needed improvements to our railways, announced in a fanfare of photocalls today.

But the racket from the crossing might be silenced too. For part of the bigger plan for the area is a new southern by-pass for Ely, which would give lorries and other vehicles too high to use a nearby underpass another route in and out of the city. 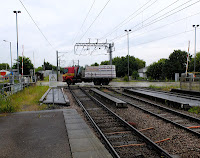 And therein lies the rub, as far as the river's concerned. Because the favoured route for the by-pass would require a new bridge across the river and its flood plain - a currently undeveloped green field area.

Regardless of its ups and downs as a pike fishery, the river upstream of Ely contrasts sharply with the stretch which winds through the city.

The wildlife and the views of the cathedral from the Stuntney Causeway won't be enough to put the brakes on things, when Cambridgeshire County Council meets to decide the by-pass scheme in September.

A mile or two of reed-lined river flanked by meadows won't stand in the way of progress. But the character of another wild, magical place will have gone forever when the sirens on the level crossing eventually go silent.
posted at 19:41