Maps of the Old Bedford River and Delph 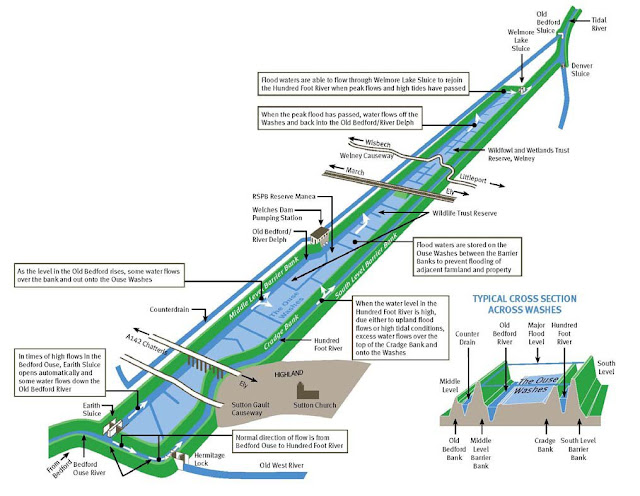 Here's a useful couple of schematics of the Old Bedford and the Delph, which shows how the system operates to allow excess water to collect on the Ouse Washes before it can be discharged out to sea via Welmore Sluice and the tidal Ouse. 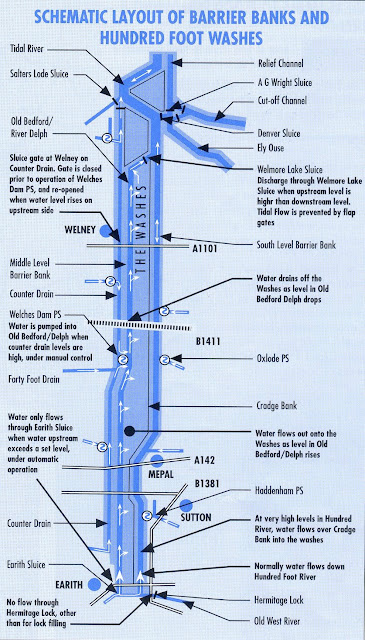 This is one of the more vulnerable areas of the Fens, as far as the impacts of climate change and rising sea levels are concerned.

It's also likely to become one of the areas where pike fishing becomes more vulnerable in years to come, as conservation groups buy up areas of land to turn them into new wetland reserves, to replace threatened coastal habitats for wading birds.

For now, it remains one of the more challenging parts of the system, partly because of the impacts of siltation and periodic problems with brackish, turbid water being allowed into the lower reach of the Bedford to replenish levels for irrigation during dry summers, and occasional fish kills caused when the water "turns" after heavy rain, causing oxygen levels to crash.

Pike are mobile and seemingly in decline on both drains. A few big fish were caught last winter, from areas off the beaten track. But like many of the drains in this part of the Fens, those who were successful had to put a  lot of hours in and some long walks to find them.

They're still fascinating waters to fish, partly because both the Bedford and Delph were dug when the drainers first began to shape the Fens into the landscape we know 300 years later.

The map below gives a view of the Middle and South levels, bordered by Well Creek, the Ely Ouse and the Old West. It's perhaps no wonder where to start is the dilemma many pike anglers face as autumn nears. 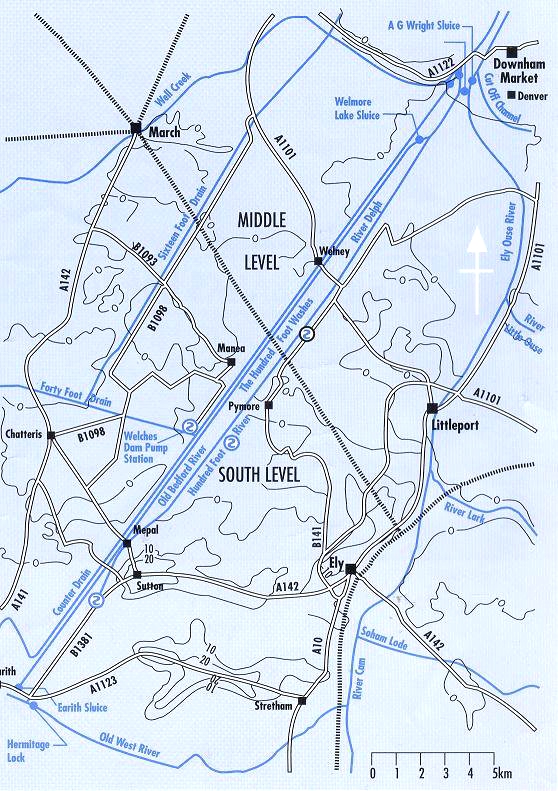