Autumn might come early if that rain keeps on 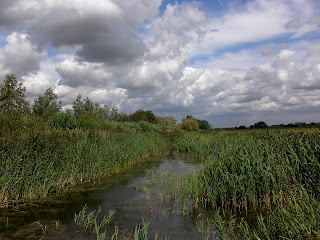 I had a strange feeling, looking at the land drain flowing off as the gates in the tidal opened a mile or two away.

What if it rains right through the rest of August, bringing an early autumn instead of the prolonged mild spell which seemed to drag last summer out into October.

Somewhere - I can't for the life of me remember whether it was on here or in one of the papers - I wrote that we were in uncharted territory at the time as far as the weather was concerned.

This was my stock excuse when we weren't catching much, until a couple of bankside debates later in the season, when we agreed that there were a lot less smaller pike around than any of us remembered.

Some people have built up quite complex theories on how things like changes in pressure, weather fronts and even moon phases affect the pike. Many of them seem to contradict one another, while few include the direction of the wind, which can often drive the weather in the Fens, or the condition of the water.

The Ouse and some of the main drains have some flow at the moment. Two weeks ago, hardly anyone was catching. Now they're fishing well for bream and roach, which seem to be shoaled up in one or two areas.

I wonder if this will have the knock-on effect of making the pike fishing easier in terms of predicting where the pike are going to be. I can't pass a river or drain without stopping for a look at the moment.
posted at 20:55