Is there pike on Mars 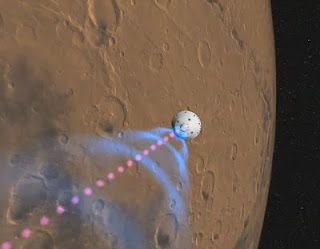 I do not normally name swims, but the Railway Bridge swim was the place where I gained a whole new insight into the possibility of beings from other worlds visiting the Fens, and until recently more people visited this blog to read about that than anything else *linky thing*.

Anyway, this manned mission thing got me thinking. Like, what if we could nominate the crew of the first manned mission, which would take even longer to get to than catching a twenty from the Relief Channel, to give some idea of time span.

I know who I'd go for. I can see him now, as they touch down on the dark side 225m km away from the Fens, as he switches on his head torch.